by The Chronicles Of Israfel 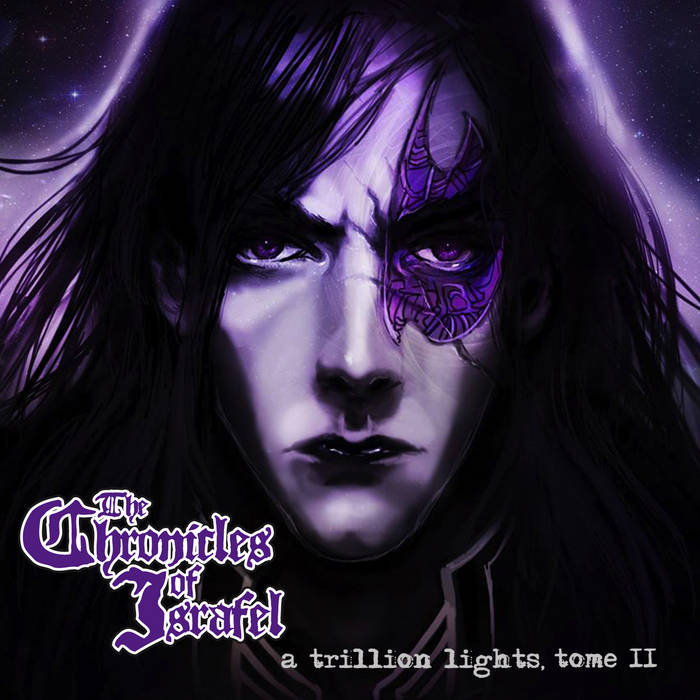 9 Yrs after the debut "Starborn, Tome I" Dominic and co. are proud to release "A Trillion Lights, Tome II" - Thanks for supporting us through the last 10 years. Please spread this link to your friends! Enjoy!

The Chronicles Of Israfel Montreal, Québec

“Occasionally a unique talent appears on the radar, causing you to really sit up and take notice…This is as much accessible, yet compellingly complex and thrilling 8/10″ – Metal Hammer UK (2007 Starborn, Tome I)

You wear your crown of thorns
You wear it so well
I pray for broken souls
To take me straight to fuckin' hell
Track Name: I Remember
I Remember

Never mistake my silence for weakness
I will never break
I'll bring you to your knees again
Track Name: Nightmare
Nightmare

You fabricate your world
Create your belief
What right do you have the right to deny the con
I'll realign my words to show you you're wrong
So carry on now fascinate yourself with your reflection
One last time
Track Name: Spirit Carousel
Spirit Carousel

Time to play on your emotions

There's no way to get out of here
They'll wait for the light to burn out in you
The they'll be waiting watching your every move
What to do?
Blame it on your absent saviour
There's no way to get away from them
They'll watch and they'll wait so patiently
Then you'll regret the trust that you gave so easily
Blame it on your absent saviour

You're bleeding under cover
Rest your mind

What controls your life?

Are we are setting the course right?
To a new world in one of the trillion lights
Israfel please grant us hope
We are innocent souls
We've got a long way to go
We've got so far to go

The Chronicles Of Israfel recommends:

Bandcamp Daily  your guide to the world of Bandcamp

Guests include Kassa Overall and Muriel Grossman, plus an LP of the week by Van Hunt.